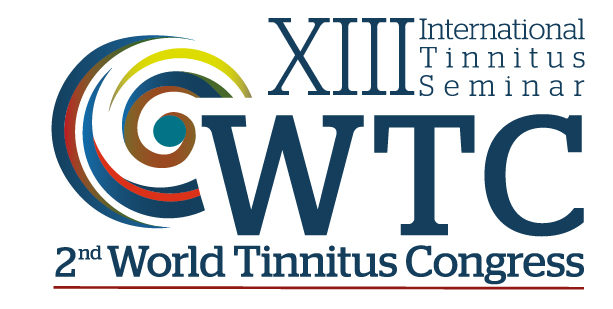 Kyrgyzstan is a country at the heart of the Central Asia and the favourable travel destination on the Great Silk Road. Nomad culture of Kyrgyz people lading Tien-Shan over the centuries give a chance to stay overnight in a yurta, ride on a horseback by the shepherd trails and taste the local homemade bread boorsok with honey and sour cream. All these by the beautiful surrounding of nature – snow-capped mountains, high land lakes and rivers, alpine meadows and true Kyrgyz hospitality.

The main tourist season in Kyrgyzstan is from April to October, as this is when the weather is the warmest and the snow is at its lowest levels. Certain destinations are only accessible in these warmer months, and are blocked by snow the rest of the year. In the cities and lower areas, temperatures can be quite high during these summer months, but may dip below freezing at higher altitudes. Visitors should bring warm clothing with them even if they are coming in the warmest months of the year. Places like Issyk-Kul, Son Kul and Tash Rabat could see snow and cold temperatures even in the summer. Tourism in the winter months is also growing in Kyrgyzstan. December through March are popular for skiing or snowboarding trips, as there are several ski resorts around Bishkek and Issyk-Kul.

Transportation between cities and towns in Kyrgyzstan can be done by taxi or minibus. Drivers can usually be found at local bus stations. Some minibuses drive standard routes with standard fares, and so the price does not need to be negotiated. Many taxi drivers will fill up an entire car with passengers who negotiate their fare depending on how far they are going along a route. Fares should be agreed upon before the journey to avoid scams or unpleasant disagreements. Most busses and taxis do not have a set schedule; instead, they leave when the bus is full. There are some trains both within Kyrgyzstan and to several destinations in Russia, but the busses and taxis are the most reliable way to travel.

Accommodation in Kyrgyzstan varies widely, from luxury to rustic. Some places are created with international luxury standards in mind, such as hotels in Bishkek like the Hyatt. Staying at these hotels is comparable to staying anywhere in the world (and the prices are comparable too). There are also more budget-friendly options, such as locally-run hotels or hostels. Outside of Bishkek, homestays and yurt camps are more common. These are the best way to fully experience real life in Kyrgyzstan, though amenities might not be the same as in hotels. Travelers should be willing to be flexible when traveling to villages and more remote regions.

Hardy travelers may be fine eating all the food offered to them, but those with weak stomachs may want to exercise caution. Tap water, fermented dairy products, and unwashed fruits and vegetables may not cause problems for everyone, but some people might want to be cautious. Cautious travelers should bring medications to prevent loose stools, or ask a doctor for special antibiotics for traveler’s diarrhea, just in case. Travelers should also make sure that all their vaccines are up to date, though there are no extra vaccines required for traveling in Kyrgyzstan.

Kyrgyzstan has a mostly cash-based economy, though some places may accept cards. Banks and currency exchanges will accept many major currencies, including US dollars, Euros, Russian rubles, British pounds, Kazakh tenge and Chinese yuan. Visitors should bring crisp, new bills, as old or damaged bills may not be accepted. Cash can also be withdrawn from ATMs, which can be relatively easily found and accept most foreign cards. When traveling outside of major cities and into more remote regions, travelers should bring all the cash in Kyrgyz som that they should need, in case there are no places to withdraw or change money.

International airlines with direct flights to Kyrgyzstan and their updated routes.

The easiest way to get to Kyrgyzstan is to fly. There are several flights a day from Bishkek to Moscow and Istanbul, making these the main hubs for transport. There are also flights from Bishkek to Delhi, Dubai, Novosibirsk, Tashkent, Astana, Almaty, Urumqi, and other destinations. International flights land at Manas International Airport, near Bishkek (IATA code FRU), and there are some flights to Osh (IATA code OSS). The main international carriers are Aeroflot and Turkish Airlines, as well as some flights with Air Astana, Fly Dubai, S7, and Pegasus. Air Manas and Avia Traffic are two local carriers with flights both within Kyrgyzstan and to international destinations.

Visa free regime is accepted for more than 60 countries, up to 60 days of staying in Kyrgyzstan. For those who need visa we have E-visa system to get more simple way to reach our country. Effective initiative of hospitality in visa apply was taken by the other Central Asian countries. New initiative of the Silk Visa, will give a chance to visit Kazakhstan, Uzbekistan and Kyrgyzstan with one visa apply.

This website uses cookies to improve your experience while you navigate through the website. Out of these cookies, the cookies that are categorized as necessary are stored on your browser as they are as essential for the working of basic functionalities of the website. We also use third-party cookies that help us analyze and understand how you use this website. These cookies will be stored in your browser only with your consent. You also have the option to opt-out of these cookies. But opting out of some of these cookies may have an effect on your browsing experience.
Necessary Always Enabled
Necessary cookies are absolutely essential for the website to function properly. This category only includes cookies that ensures basic functionalities and security features of the website. These cookies do not store any personal information.
Non-necessary
Any cookies that may not be particularly necessary for the website to function and is used specifically to collect user personal data via analytics, ads, other embedded contents are termed as non-necessary cookies. It is mandatory to procure user consent prior to running these cookies on your website.
SAVE & ACCEPT